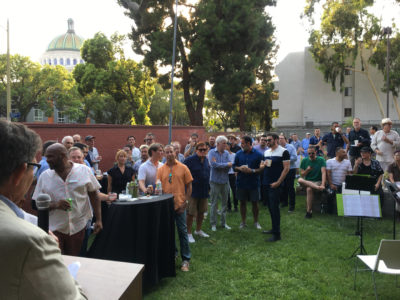 ONE Archives and the ONE Queer Garden Club (OQGC) hosted a Summer Garden Party on Saturday, August 11 to celebrate the much needed make-over of the succulent garden space on the west side of the building. In 2017 the ONE Queer Garden Club was formed to with the mission to “manifest more beauty in the world” by helping to transform the unused and unmanaged succulent garden space at the main Archive building into a viable public garden and event space. It’s been a true honor volunteering my time as coordinator with a great team of people involved in OQGC for such a good cause – the ONE Archives is the world’s largest  depository of LGBTQ materials! 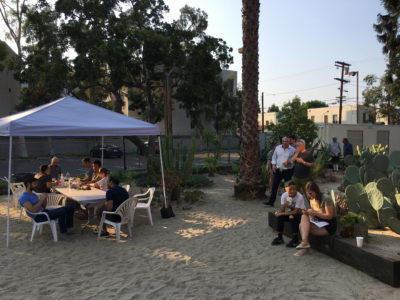 It was also a personal mission to honor my dear friends the late Stuart Timmons and Mark Thompson by fixing up the space as a Legacy Garden. Both had a role in planting the original succulent plants sometime around 2000-2002, when the Archives took over a former fraternity house and became part of the USC Libraries and Stuart was then the Executive Director of ONE. The garden stands where the former sand volley ball  court once was. The garden has basically been unmanaged for over ten years, used infrequently for a few special events here and there (like a performance art piece involving a toilet seat – which was then left in the garden – we have since turned it into a lovely planter box!) I saw that the garden contained so much potential for a

great community garden and event space and the great folks at ONE Foundation and Archives have been super supportive in our efforts!

The Summer Garden Party was organized by the ONE Foundation and sponsored by Michaeljohn Horne & Thomas E. Jones. The event featured tours of the Archives, a special plant art crafting workshop by Mr. Voice Love, food, drinks, and live entertainment by Queertet (www.queertet.com). A few short speeches were made by the ONE Board Chair Jeff Soref, ONE Foundation Executive director Jennifer Gregg , Archivist Loni Shibuyama, and me! 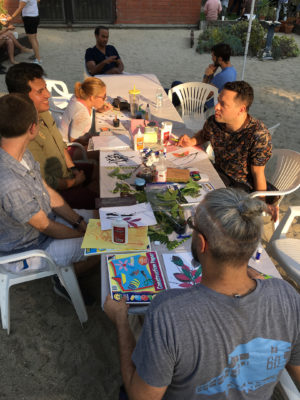 Below are some Before Pics of the Garden to compare how wonderful the transformation has been: 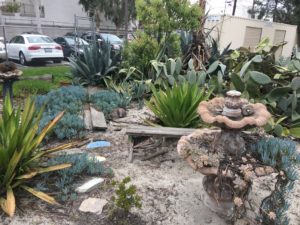 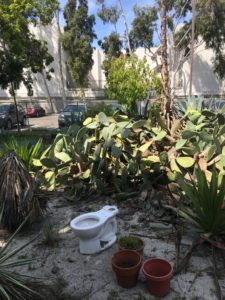